The little farm my family ran was all I knew as I grew up in South Africa, running out looking for adventure in the bush. I loved the nature around me and I capture the light, people and surroundings which became the base for me as I took steps to develop my skills in documentary photography.

The first book that truly captured me was Roberts bird book, the first issue had painted birds in it, but later versions had colourful photographs and it furthermore made me appreciate good photography. As a young boy that grew up in Kwa-Zulu Natal near Durban, I started tracking animals and went birdwatching with my uncles. They worked within the tourism industry and often went to the game reserves so it was natural to developed an interest for animals both big and small.

I also remember sneaked into my elder sisters room, borrowing her SLR camera, in those days it was analog and film. With the camera I remember figuring out how to capture light, the beautiful african sunrise was magic and still makes me feel at peace.

I also spent many nights around a camp fire in the Drakensberg with friends, hiking in the mountains was another way of exploring and testing my limits. Watching or sleeping under the stars, always with the camera securely packed and ready to document my surroundings.

Although I never did war photography as such, I was hugely inspired by The Bang Bang Club. It was 4 guys that went out to capture the transgression of South Africa with sometimes controversial documentary photography. Recently a movie came out about them and their work.

Adventure is still calling and exploring the unknown, in South Africa it was mainly documentary photography that captivated me in the beginning, but I progressed to photographing my friends that came along on the weekend hikes and personal portrait photography was the next step.

As a young man I left South Africa in 2000 to work and explore new things in Europe, street photography was a new way of documenting the city of London.

I followed my heart, my motto that of Land Rover, “one life, live it” and today I have a defender that takes me where ever I need to go, travel photography. 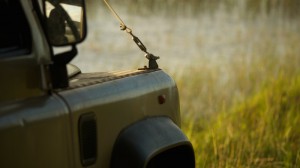 Land Rover and my motto: “One Life, Live it” and I do it by capturing light, exploring portrait photography and documentary angle.

This website uses cookies to improve your experience. If you continue to use this site we will assume that you are happy with that.AcceptRead more